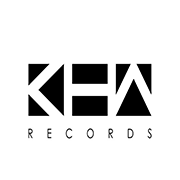 Ernesto Leucona y Casado was born on August 6, 1895 in Guanabocoa, a village near Havana, Cuba. His oldest sister, Ernestina, introduces him early to the piano, an instrument which Ernesto shows astonishing talent for. At just 7 years old, the sudden disappearance of his father, director of the periodical “El Comercio”, forces him to help contribute to his family’s income by playing piano in the fi rst silent theatres of the capital. However, from 1904 to 1907, he attends the “Conservatory of Carlos A. Peyrellade”, where he strikes up a strong friendship with the young Rita Montaner, who would soon become a central figure of Cuban poetry.

The following year he publishes his first work, a two-step titled Cuba y America. Next he studies for several months with Antonio Saavedra, disciple of Ignacio Cervantes, and between 1908 and 1909 he works at the Teatro Martì. Here, particularly attracted to the opera, he puts on his first musical comedy, Fantasia Tropical. In 1910, he becomes the pupil of Joaquin Nin and later of Hubert de Blanck, the Dutch composer who migrated to Havana, and who in 1885 had founded the “Conservatorio Nacional” in the capital. In 1912 he composes his first ballet, La comparsa, which marks the beginning of his most original musical pursuits.

His teacher, de Blanck, takes strong interest in Ernesto and convinces Ernesto’s mother to keep him far from the responsibilities that could have taken him away from a musical career. In 1913, eighteen years old, Lecuona receives his piano teacher’s diploma and solfeggio at the “Conservatorio Nacional” receiving the gold medal in his class and public praise from his teacher, who declared to the “El Figaro of Havana” that: “Lecuona is an extraordinarily brilliant student, highly gifted with a perfect temperament.” Olga de Blanck, daughter of the master teacher, stated: “My father said that Ernesto Lecuona was exceptional because he possessed an absolutely natural relaxation and fl exibility at the piano; he had no idea what it meant to be rigid.”

Along with his study obligations, Lecuona also manifested an interest in popular music and organized a little orchestra that performed in the first cinemas and dance halls. Nevertheless, in 1916, he left Cuba and moved to New York, where a year later he recorded his fi rst record, which
included Vals España, and other ballets among which were La comparsa. In 1917, he made his debut at the Aeolian Hall with his personal compositions and those by other masters. In 1918, having returned to Cuba, he opened the “Instituto Musical de La Habana”. In 1819, he wrote hisfirst professional opera, Domingo de Piñata, which was performed at the Teatro Martì with lyrics by Mario Vitoria. In the same year, he presented En recluta del amor, written together with the poet Gustavo Sánchez Galarraga, who would also become his great friend and collaborator.

In 1923, Lecuona performed the Concierto Tipico Cubano for the fi rst time at the “Teatro Nacional”. Two years later he went to Madrid for some concerts in which he introduced, among others Levánate y Anda, a distinct piece destined to be performed over 1,000 times. Starting in 1927, his ideas about the opera entered into a more mature phase: the themes are more articulated, the choral songs are more numerous, and the libretto is no longer a mere succession of songs. With Rita Montaner as the principal performer, Lecuona presented nine pieces, among which were Es Mucha Haban, La Revista Femenina and above all Niña Rita, extracted from a song by Grenet, with which began the golden era of Cuban opera and the rise of Rita Montaner.

In 1928, invited to Paris as a pupil of Joaquin Nin, he performed some of his ballets in a private recital in the “Gaveau Hall”, an exclusive space for famous composers and performers among which included Maurice Ravel, with whom Ernesto studied for a brief period. His first important
composition, Malagueña, successfully presented at the Roxy Theatre of New York in 1927, was received by Ravel with this comment: “I feel that Malagueña is more beautiful and melodic than my Bolero.” Also Siboney, published in 1929, immediately declared it a classic of Latin music,
performed everywhere by numerous artists and big bands. From that moment on, Ernesto Lecuona was nicknamed “the Cuban Gershwin”.

Following the great success of the “Havana Casino Orchestra”, the first big Latino group to play in the USA, Lecuona formed his own ensemble, the “Orquestra cubana”. Curiously, he wasn’t the pianist in the group (he limited himself to only playing his personal works): the role was entrusted
to Armando ‘Fichin’ Oréfiche (1911, Havana), together with whom Lecuona wrote various popular melodies played by the group.
In 1934, during a tour in Spain, Lecuona was forced to withdraw from the Orquestra and return to Cuba for health reasons. So the group changed its name to “Lecuona Cuban Boys” and, under the direction of Oréfi che the trombone player Ernesto “Jaruco” Vàzquez, did resumed an
extraordinary European tour that lasted until the start of World War II (Armando Oréfi che and his brother, Adalberto Chiquito, later left the group due to internal disputes and founded the “Havana Cuban Boys”).

Ernesto Lecuona rarely played in public after the war. He chose to live in his farmhouse in Havana, where he dedicated himself to gardening and to breeding tropical birds. Even if he earned a lot of money, he preferred a simple lifestyle: he didn’t drink alcohol but was a big coffee drinker, and he was willing to travel endless miles in order to avoid taking an airplane. He was proud of his roses and of his fruit trees, and he was also a passionate poker player. He detested politics but was notoriously generous: he organized and fi nanced, with his own money, various artists’ associations lacking in public fi nancing. In 1955, together with the maestro Gonzalo Roig, he founded the Sociedad Nactional de Autores de Cuba, devoted to protecting copyrights of local musicians.

When Fidel Castro came into power, Lecuona left Cuba for good. He settled in Tampa, Florida. On vacation to visit his father’s native country, he died on November 23, 1963 in Santa Cruz de Tenerife, in the Canary Islands. His death was caused by an asthma attack, a disorder which had persecuted him his entire life. He was buried in the Westchester cemetery, in New York State.

Ernesto Lecuona wrote more than 400 songs, 176 pieces for the piano, 50 theatrical pieces, 31 orchestral works, 11 soundtracks for the cinema, 5 ballets, one trio and an opera. But it is above all the hundreds of interpretations of pieces such as Siboney, Para Vigo Me Voy (Say Si Si), Canto Karabali (Jungle Drums), Maria my Own (Maria La O), La Comparsa and Malagueña that helped him achieve his international popularity.

Musically, his work for the piano introduces elements of remarkable originality despite having dealt in a non-avant-garde ambient (which Lecuona did not like, despite actively having supported the initiatives of contemporary music played in Havana. To the influences of the “refi ned” music of the first half of the century, he adds a re-evaluation of the Spanish tradition, and additionally Cuban, in a classical key. His attempt, certainly achieved, at integrating rhythms and traditional melodic expressions with the structures of the late-Romantic writing for the piano, is of absolute interest. The movements of dance, always present, mix themselves with the classical forms of the prelude, that echo the influences of Debussy (very evident, for example, in Ante el Escorial). Similar hints at the piano compositions of Chopin are again found in the formulas that accompany the Waltz, while in frequent virtuoso passages, typically lisztiane ideas are recognized. The melodic expressions are surprisingly concise.

It’s often a matter of measures that do not exceed one or two beats and, markedly in the Cuban inspired pieces, the density reached is almost extreme. It’s a precise aesthetic choice: they are not works to dance to but to listen to, and they make one think of the synthetic compositions of Bartok, inspired by Balkan rhythms.
Not be undervalued is his important influence as a musical composer for the cinema: typically “Hollywoodian” harmonies, such as the Preludio a la Noche or the central part of Ante el Escorial, attest to the versatility and the openness of his compositional style. Nevertheless, Ernesto Lecuona can be legitimately included in the diversifi ed group of Spanish language composers that, from the popular tradition, derive an intense repertoire of ideas which enrich the music of the elite, along the course already en route at the beginning of the modern era of composers such as Oritz or Soler, without overlooking the Spanish by adoption, Scarlatti and Boccherini.

Lecuona was also an enchanting pianist and the live recordings of his performances remain an extraordinary testimony to his talent. The collection, “The Ultimate Collection” (1954) presents the best of his work and the 14 tracks of his second disk, recorded at the end of the 1920s, are
extraordinarily fascinating due to their dynamism, inner rhythm and expressive scale of sound.

The experts were impressed by the ability of his left hand, that seemed to touch the piano keyboard almost as though caressing the skin of a drum. When Arthur Rubistein heard him play Malagueña, he exclaimed: “I don’t know whether or not to admire the genius pianist or the sublime composer”.
And when, with the Symphony Orchestra of Los Angeles, he played Rhapsody in Blue in the presence of the composer, George Gershwin embraced him with great emotion in front of an enthusiastic audience.

His Latino style profoundly impressed both European and American listeners and was an immediate fascination for many big bands. The American pianist Thomas Tirino has contributed to his revival in recent years. Tirino, who with considerable effort conducted his piano rolls and the first recordings by the composer, has managed to reconstruct the authentic versions of many of his original pieces.